So you were able to make friends with the professor in your English class during your sophomore year of college. He was kind of a geek that was into the same kind of science fiction and substance abuse as you were. Yeah, it was unorthodox, but you got your A, you didn’t have to do a lot of work, and everybody won. You figured now that you’ve got one professor in your pocket, you can get another one easy enough! So you walk into the classroom of your junior-year English professor. And immediately you realize all is lost. 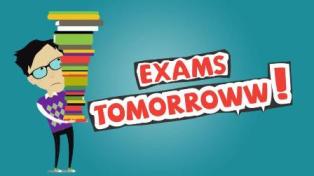 This old battle-axe has wrinkles you could sink a Deathstar in, eyes blue as the ocean and piercing like a laser, a pentagram the size of a kaiser-roll around her neck, and no-nonsense knuckles bowed out and knobby from ubiquitous cracking. Furthermore she’s an absolute grammar Nazi. Nay, Nazi is too kind a term. She’s a grammar Demon, and she’s looking to drag you down into her perfectly-punctuated English-language hell.

You try to be nice, and she laughs in your face. You try to have an attitude and she laughs harder. No one has gotten an “A” in this old broad’s class, and she’s always pushing things she’s written on you that are just plain terrible. She hates science fiction with a passion and will allow no one to write in that genre for any creative writing project. In fact, it seems her entire aim is to mold you such that your ideas match hers completely. She’s of that class of professor that failed in the occupation she loved, and so resorted to teaching as a pride-saving measure. In short: the worst kind of professor. Sonya Smarty-pants only got a B+ last semester, and she actually has several short stories printed in nationally-known magazines.

There’s got to be a way around this old battle axe! But you can’t cheat conventionally. The reality is, she’s been cheating every single student that stumbles into that classroom for years! Her experience in the literary field was negative, and she’ll be darned if any bright-eyed bushy-tailed student is successful where she crashed and burned! So she’s made a career out of discouraging students into submission and leaving them with the impression they’ve learned something, when really they’ve just survived an ordeal. You’re going to get that old battle axe back though, because you’ve got a plan, and that plan is the spy earpiece.

When asking how to cheat in exams, you’ve got to ask yourself what the professor is going to miss. How to cheat in exams can either be something exceptionally simple, or exceptionally complex. The general rule is, the more complex your method of approach is, the less successful it will be. K.I.S.S.– not the battle axe; it’s an acronym: Keep It Simple, Stupid. How to cheat in exams is best completed with an option the moderator of the test simply won’t notice. That option is the GSM-Earpiece.com. You just stick it in your ear and have someone who’s already taken the test read off the answers to you, then you structure them with your own twist and viola! A+.

The only thing you’ll have to contend with from that time forward is the suspicion of Mrs. MacGruder the battle-axe. But worry thou not! She’s too old to understand cell-phones, much less wireless earpiece technology. To this old sow the internet is a futuristic device and she despises it because she keep getting taken in by some African prince who promises to send her money if she sends her bank account. The spy earpiece helps you pass! 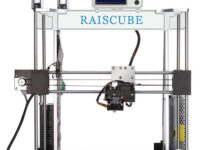