Every year on November 6, millions of Americans head to the polls to vote for the presidential candidate, representatives, and senators of their choice. Currently, the laws in the United States state that anyone who is an American citizen and is over eighteen years old may vote, with the exception of incarcerated felons (in states other than Maine and Vermont). However, a serious issue has come to light and become pervasive in recent years; people who are ineligible to vote are still voting. The New York Times has reported that 1.8 million people who have passed away are registered to vote, and 2.8 million people are registered to vote in more than one state. Here, we share more information on the issue of voter fraud and the ways in which it undermines the legitimacy of elections nationwide.

Citizens and legislators alike have seen integrity issues arise in elections and are proposing new voter identification laws. In theory, by requiring valid photo ID at the polls, those who are ineligible to vote would be hindered; however, in practice, there is a flaw in this plan. Non-citizens who come to the United States with a visa can acquire a driver’s license, and while some states’ licenses may note that the ID holder is a non-citizen, not all do. If you require a photo ID to be presented at the polls, and the ID can be acquired by non-citizens, voter fraud can still occur. Of course, having to present identification may deter identity theft and voter fraud under the name of a deceased person. However, unless all states were to adopt a special notation law, the nationwide issue will not be solved.

On the other hand, those against requiring photo ID at the polls argue that this practice would discriminate against the poor and the elderly. While photo ID isn’t usually considered particularly expensive, the fee for acquiring ID may be more than a poor family can afford, especially if the applicant does not have all the necessary documents. In most states, you need your birth certificate, your social security card and proof of residency in order to obtain a driver’s license. If you do not have your birth certificate or social security card, those are two more documents you will have to pay to get before paying to get your ID card. Although the fees for getting these documents vary between states, it can be challenging for poor families across the country to get proper identification.

No matter your stance on voter ID laws, there is a problem with voter integrity in this country.  Expert political strategist Neal Kwatra  states, “while photo ID laws could help solve the problem, they create a new one by deterring a whole category of voters.” There should be a way to solve this problem without deterring any eligible voters, but very few other ideas have been presented. If the United States enacted photo ID laws across the country, another method would also have to be implemented for those without photo identification. This alternate method would need to have a strict screening process, and could involve the presentation of any non-photo identification–such as a social security card or birth certificate–and proof of address–such as a bank statement or lease agreement. No matter what becomes of voter laws, the problem at hand needs to be addressed without compromising eligible voters’ rights. This issue is pertinent, as it is a matter of constitutional right as well as election legitimacy, and needs to be addressed immediately. 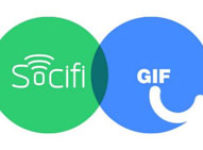