Sony Bravia KDL-EX523 is an LED LCD television that is available in different sizes such as 32”, 37”, 40”, 46” and 47”. The image quality, dimensions and power usage are more or less similar across the range.

Do you remember the cheaply priced Bravia CX523 series? The EX523 is made on the same lines but it comes with cutting edge technology of edge-lit LED backlight. The Sony Bravia EX523 televisions are not available for cheap and Sony has surely raised the bar very high with the EX523 series. Since EX523 range does not have CCFL but is available with the LED backlight, the colors appear more real and vibrant. However, when you increase the colors, you will notice that colors begin to bleed from the edges of the screen. 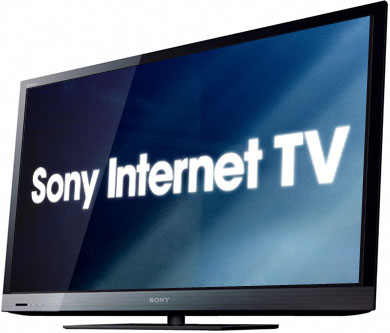 The build quality of the EX523 is similar to that of the EX723 range. It comes with plastic frame that is glossy in appearance with matte finish. The metal lining present at the bottom of the EX523 is shinier. Even though it does not have features like Monitorflow and 3D support, it still appears to be a very competitive television set.

The Sony Bravia EX523 comes with plenty of features. It supports DLNA 1.5 which allows the television to wirelessly connect to the internet. Hence, you can access online services on your television screen and see videos on-demand. You can use a Sony webcam along with Skype to converse with your contacts through the television.

As far as connectivity is concerned, on the sides of the Sony Bravia EX523, you can find four HDMI ports, Ethernet connection port, slots for component video, VGA and SCART. Also, you can make use of two USB ports to connect the television to external storage device such as portable hard disk and even USB thumb drive to view its contents. You can also use to record and store videos on external storage. The television has got an inbuilt video player. However, it does not support many formats such as MKV.

Even though the Sony Bravia EX523 is a television that is listed in entry-level category, it comes with very responsive PVA panel. As mentioned before, the image quality is very impressive and within seconds you can adjust the quality to suit your needs. Watching an HD movie on the television is such a treat. However, we noticed that the EX523 wasn’t able to stabilize the jerkiness through motion interpolation. But you will have a great time watching Blu-ray videos and playing games by connecting popular gaming consoles.