SOCIFI SD Ltd, a 100% daughter company from SOCIFI Ltd., has announced its ground-breaking i-ICO, Investment Offering, making it the first technology company in the world to offer an investment possibility allowing investors to receive profit sharing, voting rights and, as a gift, the company’s own GIF Tokens that can be used, among other, to purchase the company’s’ product at a discount.

“SOCIFI’s investment offering follows a fully legal and existing framework for investments into companies, merged with the possibility for investors to become involved with the GIF Tokens. This is a radical step forward in Blockchain-related offerings. Initial Coin Offerings have a number of cases in the past resulted in investors losing their investments; the technical and legal side of ICOs is yet to be perfected. “Being convinced of the value that the Blockchain can bring to the world, and being a global company with activities in 67 countries, we worked hard with our partners to develop a framework that is both legal and safe for investors” says Sidney Zdenek Hornych, Founder and CEO of SOCIFI. “But the i-ICO is just one of the steps for SOCIFI,” adds Sidney. “After the i-ICO is completed we focus on growing our Sponsored Data capabilities in international markets”.

SOCIFI is a company that provides its clients (sponsors) with innovative solutions for Sponsored Data, Internet Monetization, WiFi & Beacons. The end users (data receivers) can then use the data and browse the internet through the displayed sponsored content. When it comes to the preparations for implementing the technology onto the blockchain, SOCIFI has already developed their interactive app (SES) which soon everybody will be able to download on their smartphone. “Our ultimate dream is for every smartphone owner to be able to install the SOCIFI Engagement Solution (SES) and cover their mobile data expenses by interacting with the sponsored content.” says SOCIFI’s Chief Visionary Officer Tomas Silny.

The company has been experimenting with sponsored data on WiFi since late 2014. They have connected WiFi publishers in over 67 countries and successfully tested that data can be sponsored by big brands such as Coca-Cola, Pepsi, Fanta, Microsoft, Uber and other brands.

The foundation of the SOCIFI solution is so solid that the company attracted investments from global Venture Capital investors like Rockaway Capital and Keiretsu Capital.

As one of SOCIFI’s VC investors, Daniel Senkyr, founder of Keiretsu Forum CEE, put it succinctly: “SOCIFI is creating profitable and customer focused solutions by combining state-of-the-art technology and in-depth market knowledge. In addition, their work to create the next-generation platform for Sponsored Data will be a major breakthrough for advertisers, media agencies, companies and end users of sponsored data alike.”

The SOCIFI team believes that the new i-ICO framework they developed could be the future of ICOs in general. “As with every new invention, it gets better after problems occur. Problems occurred, and we made it better.” says Sidney.

Full information about SOCIFI’s i-ICO can be found at https://gif.network with links to official communication channels such as Slack, Telegram, Twitter, Facebook. The White Paper in English is also available on the website. Other languages coming soon. 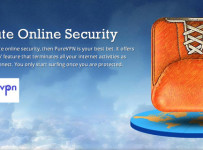 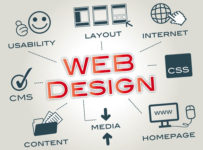